Over the past ten years, various art festivals have appeared all over Japan and the infrastructures for such events have greatly changed. What kind of unique experience can a festival offer in the vast metropolis that is Tokyo? This symposium series examines the future state of festivals.

Since ancient times, festivals (matsuri) have been held in Japan as events marking the celebration of New Year, expressing hopes for a good harvest or salvation from disease, or showing gratitude. On the other hand, the period from the 1990s through the 2000s saw the emergence of numerous arts festivals all over the country. Today that sudden burst of energy is now starting to cool down. A festival has a social function, one which changes gradually with the times. The first session of the symposium will exchange various opinions and insightful case studies about art as participants explore the state of the festival today.

Ten years old this year, Festival/Tokyo is (as its name literally implies) a festival that takes place in Tokyo. If we presume a festival to be something that emerges from the everyday as a contrast to that everyday, what is the everyday that now forms Tokyo? For the people who live and create in it, what kind of place is this immense city whose outline remains unclear? This session will examine Tokyo of the present as the soil from which a festival can be cultivated.

While the population of Japan continues to overconcentrate in Tokyo, it is clear that the position of the city is shifting in terms of the rest of Asia or the world. By taking an overview of the current situation for the city in which F/T is based, rather than simply compared it with other cities, this session will reinterpret Tokyo as we look ahead towards updating the festival.

Reserve Tickets
Please pay for your tickets when you collect them from the venue box office. 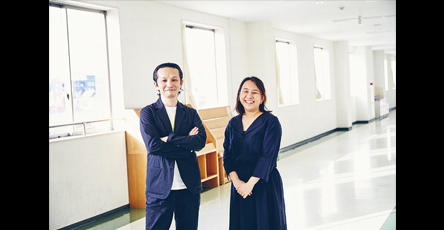