Festival/Tokyo 2018
Take Off and Step Over: Towards the Newcomers

Festival/Tokyo (F/T) aspires to present the appeal of the performing arts as an international theatre and dance festival taking place in Tokyo, pioneering new possibilities by bringing together and intersecting diverse values across the conventional categories of nationality, generation, and genre.

Now in its tenth year, F/T18 is the eleventh edition of the festival and marks the changeover in director with the theme of “Take Off and Step Over: Towards the Newcomers.”

The great appeal of the performing arts is that it is created collaboratively. Even a solo performance has a production crew and, more than anything, the presence of the audience is indispensable. It is a somewhat “troublesome” medium in that it comes about only when people meet and share the same time and place, always incorporating both individual expression and a little society.

The world today is entering a period of great change. The various values and structures that we took for granted are unstable, while the ways we think about, divide up, and proceed with things are no longer working. We realize that the way in which society has developed until now has reached its limit. Though we cannot yet see a comprehensible and assured next horizon, we know that exhilarating and interesting initiatives are already appearing all over the world. The “newcomers” are not simply a matter of age or generation, but can surely be found somewhere beyond this.

Here in this vast metropolis of Tokyo with its excess of information and speed, we have forgotten even to ask the meaning of happiness. What kind of festival is now possible through this “troublesome” medium of the performing arts? Over the coming years, F/T will search for its next form. One endeavor that is part of this is adopting a new structure with a director and co-director.

Please join us in looking “towards the newcomers” and observing the various “little societies” that occur in brief moments within the everyday life of a city.

Endorsed by the Ministry of Foreign Affairs, GEIDANKYO, J-WAVE 81.3 FM

Supported by the Agency for Cultural Affairs, Government of Japan in the fiscal 2018 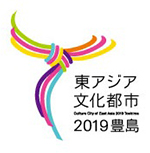 Festival/Tokyo supports Culture City of East Asia 2019 Toshima (to be officially announced at the 2018 meeting of culture ministers from Japan, China, and Korea). 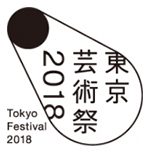 Festival/Tokyo 2018 is organized as part of Tokyo Festival 2018.

Greetings from the Organizer

The time has once again come for another edition of Festival/Tokyo.

Now marking its eleventh iteration, F/T has firmly established itself as one of the regular features of the Ikebukuro autumn calendar. It fills me with such joy that Japan’s largest international performing arts event can be held in Toshima City.

Toshima stood as a candidate for Culture City of East Asia 2019 through the three pillars of manga and anime, traditional festivals and performance, and the modern stage arts as represented by F/T, and was selected to be the Japanese city for 2019 by the Agency for Cultural Affairs in August last year. As we head towards both the Culture City of East Asia 2019 and 2020 Tokyo Olympic and Paralympic Games, we will endeavor to bring together the power of their art and culture and realize Toshima as an international city of art and culture.

Lastly, I would like to extend my thanks to all the individuals, organizations, local businesses, and corporations whose tireless efforts help make the festival happen.

It has attracted attention as an international performing arts festival featuring a lineup of pioneering artists from Japan and around the world, demonstrating Tokyo as a city where culture and the arts is created.

Since 2016, the event has also formed one part of Tokyo Festival, a comprehensive city arts festival, progressively developing and expanding into a place of exchange and participation that cultivates new values

Please look forward to this year’s Festival/Tokyo as an opportunity to re-acknowledge the indispensability of art for our lives and as a way to experience the profundity of the performing arts.

Festival/Tokyo started in 2009 and has now staged 270 productions across ten editions, reaching audiences and participants of more than 610,000.

F/T18 is the eleventh festival and presents a wide range of work by Japanese and overseas artists with a focus on projects that take performances out of conventional theatre spaces in addition to international co-productions with leading Asian artists.

This international festival helps to create and disseminate new global values in Tokyo as well as further strengthen networks with other festivals, theatres, and cultural organizations around Japan and overseas, while aspiring to contribute to international cultural interchange that transcends regional and national boundaries.

I would like to take this opportunity to express my thanks to the Agency for Cultural Affairs, the Japan Foundation Asia Center, our corporate sponsors, community organizations, and the many others who have given us their generous support and cooperation.