アーカイビング F/T > Archiving F/T > Program > In our distance, there is no sorrow. (Theatre East version) 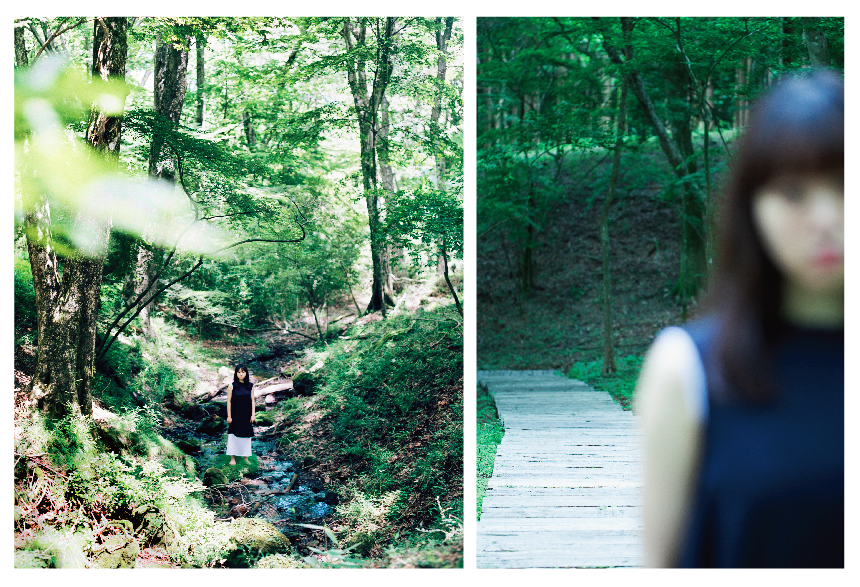 In our distance, there is no sorrow. (Theatre East version)

Written and Directed by Yukio Shiba

The playwright and director Yukio Shiba has established a strong reputation for highly individual yet universal theatrical portrayals of humanity. His award-winning musical play “Our Planet” was the allegorical tale of both a planet and a girl. This is a meditation on the theme of distance and the Great East Japan Earthquake, which Shiba was far away from when it occurred.

Two plays unfolded simultaneously with the same cast across two adjacent theatre spaces, serving as a metaphor for the distance that causes the mental divides and various boundaries separating us. As they watched, the audiences in each theatre found their imaginations drawn to the other story happening nearby and how the two plays form a single overall narrative.

This was a co-production between F/T and Taipei Performing Arts Center (open 2022). 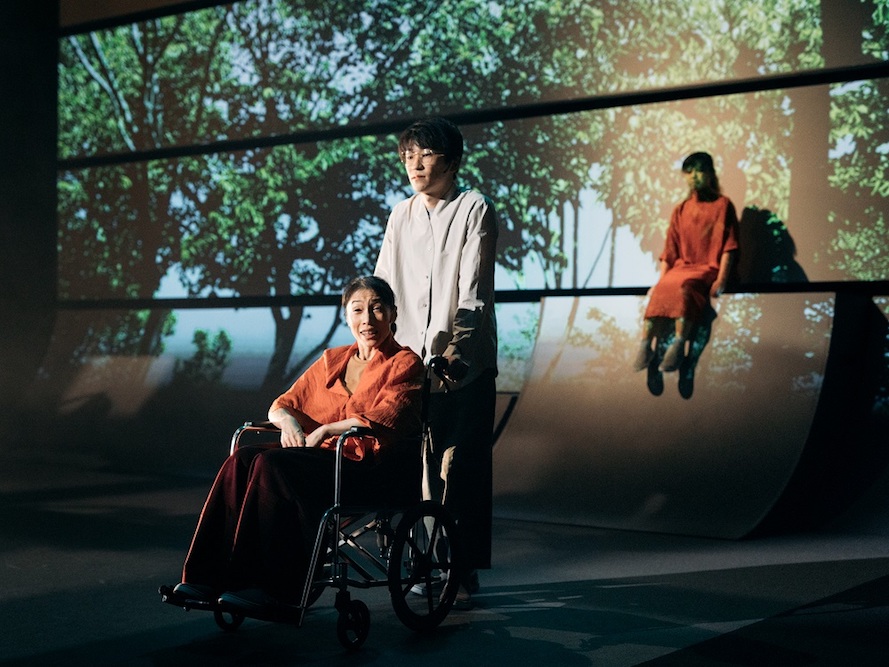 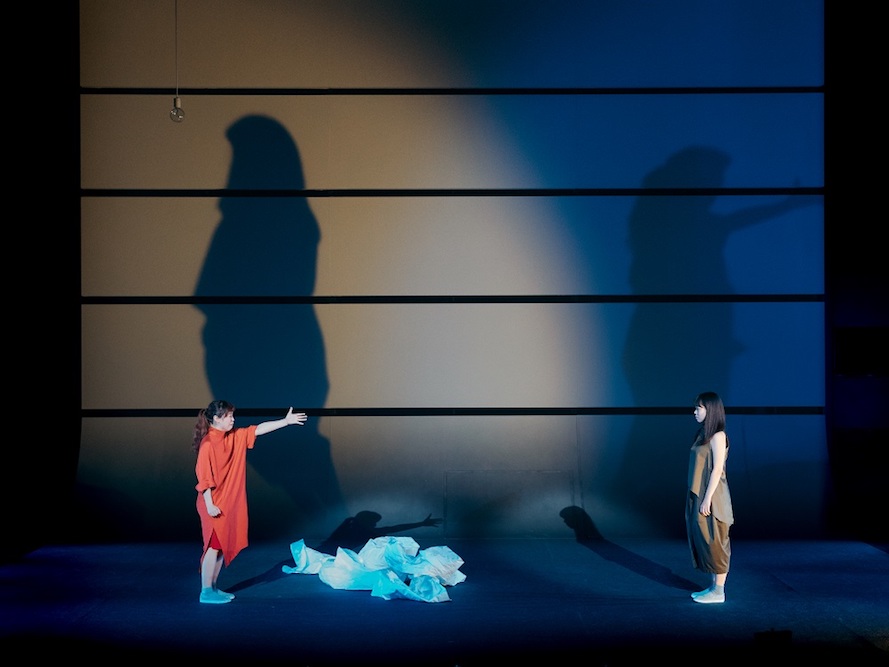 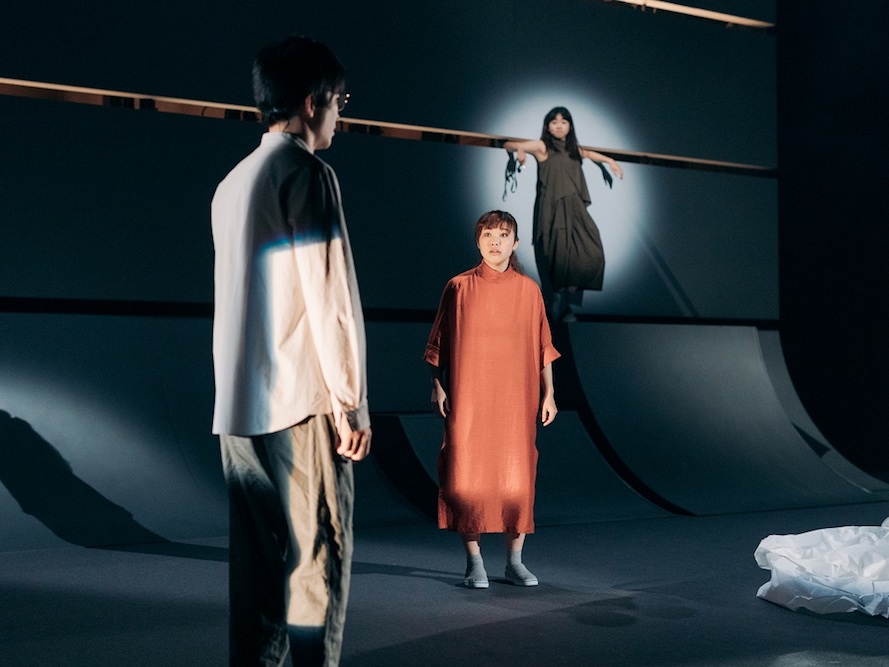 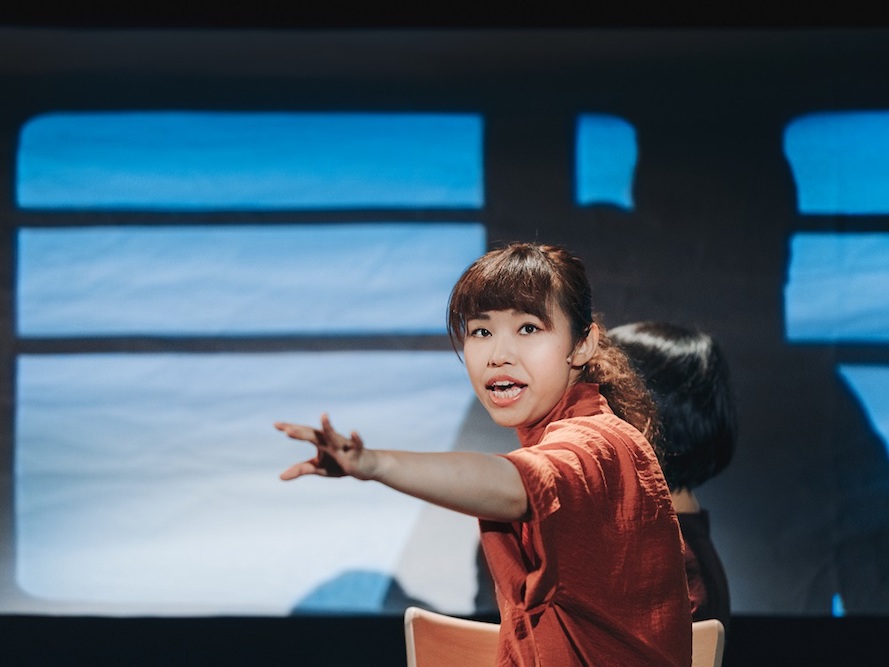 Video Commentary: Takuo Miyanaga (Producer, mamagoto / Production Coordinator, “In our distance, there is no sorrow.” at F/T17） 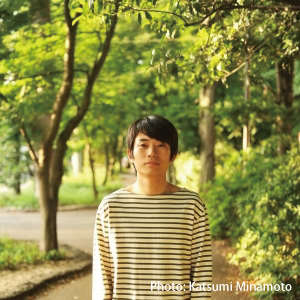 Playwright, Director (mamagoto)
Born in Aichi in 1982, Yukio Shiba is a member of the directing department of Seinendan. He also teaches at Tama Art University and Shikoku Gakuin University. He was a Saison Foundation Junior Fellow in 2010–11, 2012–13, and 2015–16. In 2010, he won the 54th Kishida Kunio Drama Award for “Our Planet.” His work has been performed all over Japan at such festivals as the Aichi Triennale and Setouchi Triennale. He publishes his scripts for free on the website of his company, mamagoto.