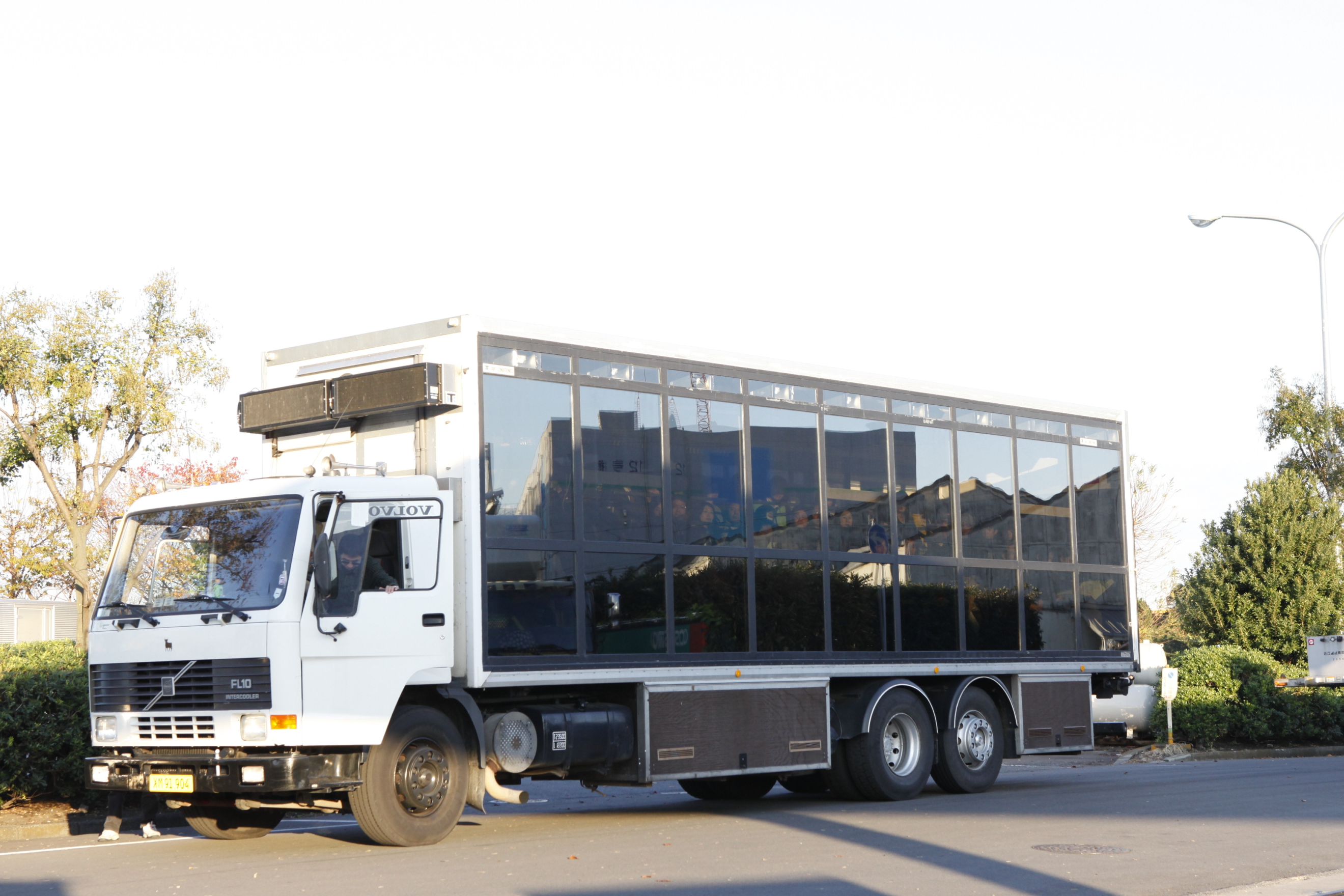 Rimini Protokoll is known for gathering together people’s thoughts and memories and turning them into incisive and witty performances. This performance explores the reality of logistics in the cities of the island nation of Japan. What is the influence of globalization on how things circulate in Japan? And what is everyday life like for the truck drivers who play such an important role in this infrastructure? The audience becomes the “cargo,” loaded onto a specially modified truck and then driven along the route taken by goods during transportation. Over the course of this, they discover a whole new side to the familiar landscapes of Yokohama and Tokyo. 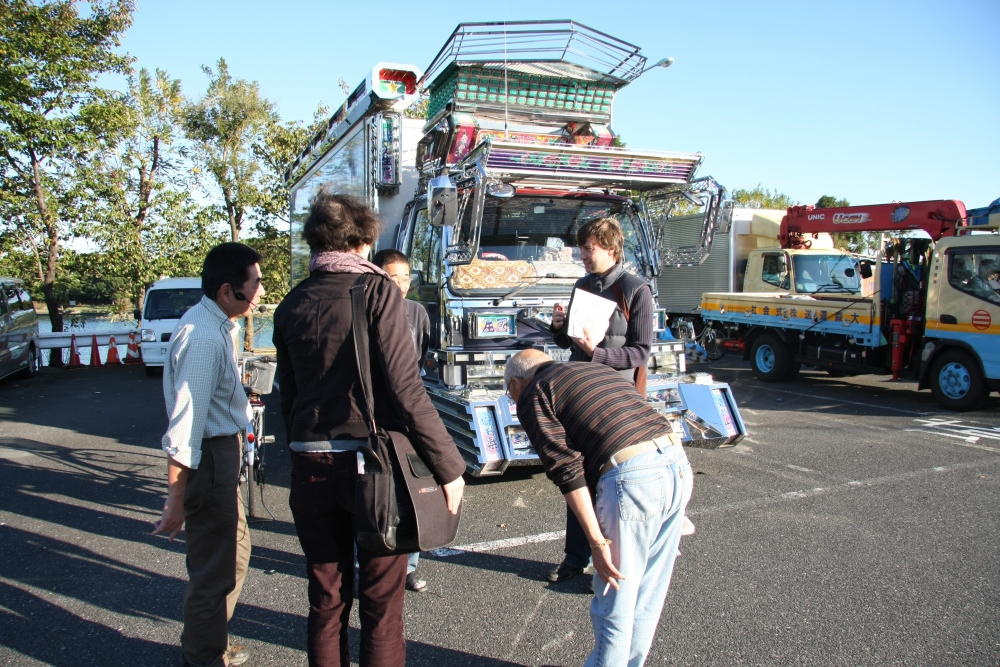 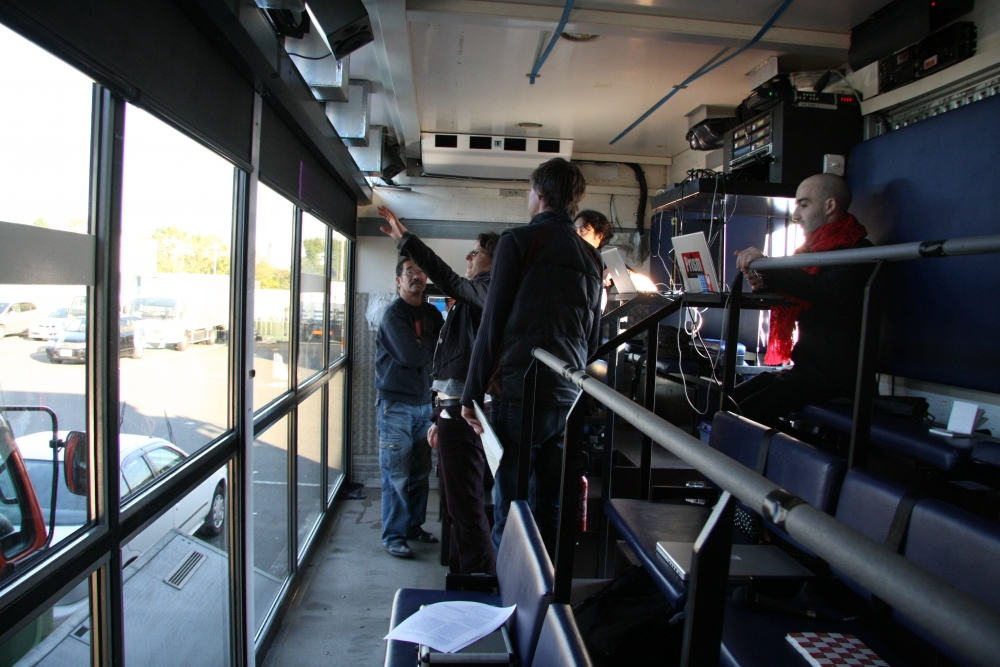 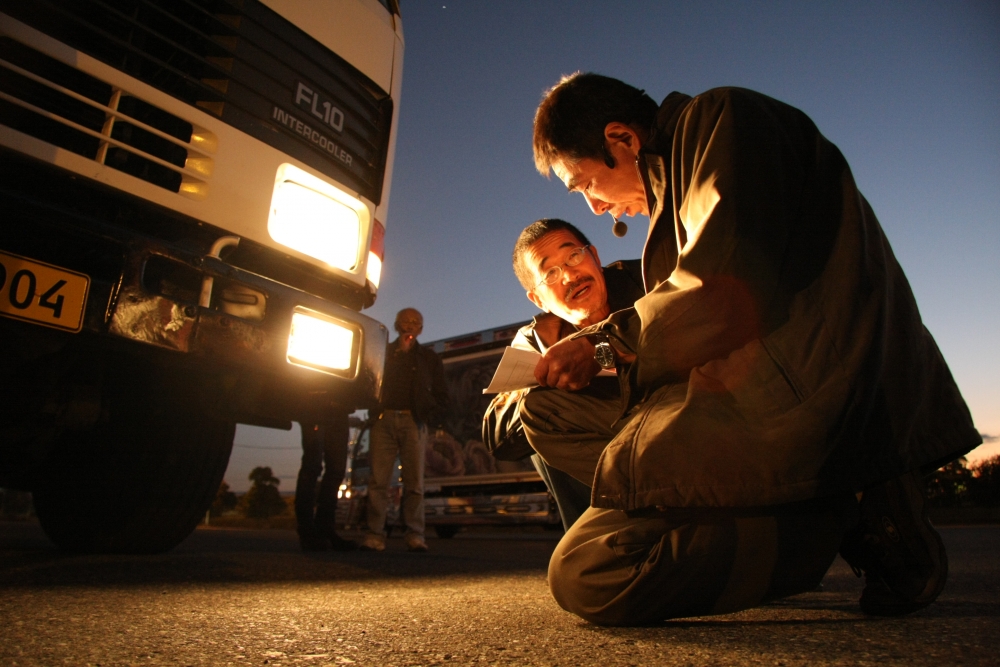 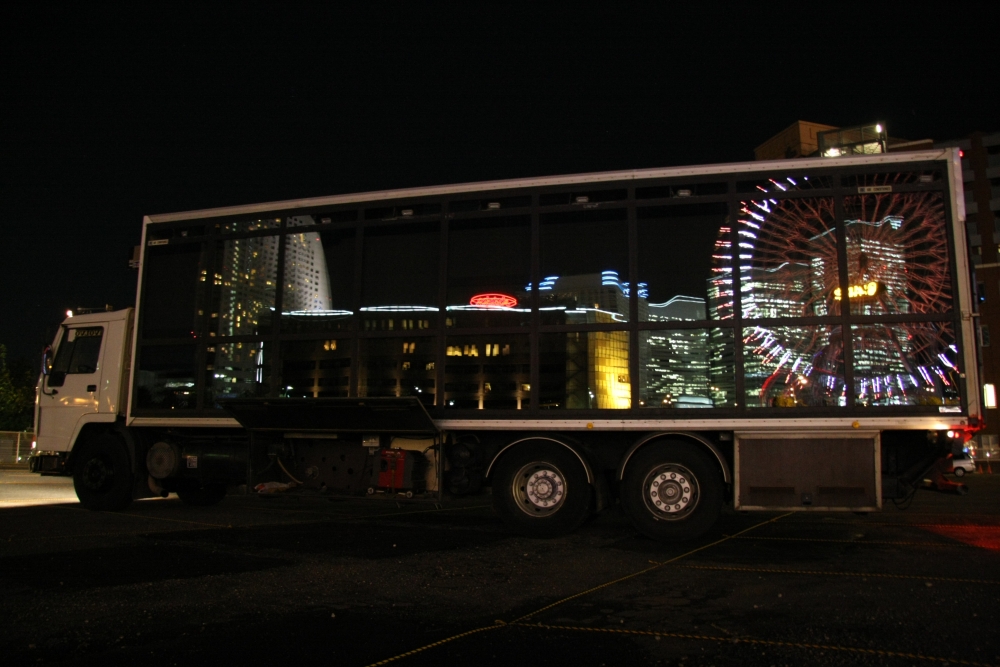 Stefan Kaegi, Helgard Haug, and Daniel Wetzel founded the theatre-label Rimini Protokoll in 2000. Using research, public auditions, and conceptual processes, Rimini Protokoll gives a voice to “experts” who are not trained actors but have something to tell. Recent works include the multiplayer video piece “Situation Rooms,” “100% São Paulo” (with 100 local citizens onstage), and “World Climate Conference,” a simulation of a UN conference for 650 spectators at the Deutsches SchauSpielHaus, Hamburg. In addition to “Cargo Tokyo-Yokohama,” Rimini Protokoll’s acclaimed productions at Festival/Tokyo were “Karl Marx: Capital, Volume One” (F/T09 Spring) and “100% Tokyo” (F/T13). 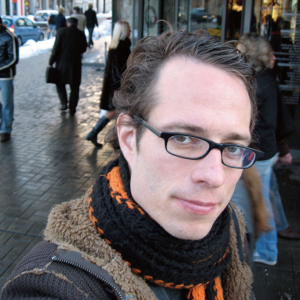 Based in Berlin, Stefan Kaegi produces documentary theatre plays and works in public space with a diverse variety of collaborative partners. Kaegi has toured across Europe and Asia with two Bulgarian lorry drivers and a truck, which was converted into a mobile audience room for a site-specific performance called “Cargo Sofia-X” (the inspiration for “Cargo Tokyo-Yokohama”). He has adapted “Remote X,” an audio tour for 50 headphones, for dozens of cities, from Taipei to Santiago. He has also toured the interactive installation “Nachlass,” which portrays people who have little time left to live. His other work includes “Uncanny Valley,” a monologue for a humanoid robot, and “Temple du présent,” a solo piece for a live octopus onstage. 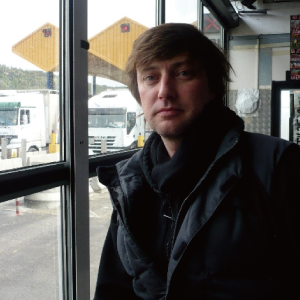 Jörg Karrenbauer was born in 1967 in Germany. Since 1989, he is based in Berlin, where he studied theatre and comparative literature. The focus of his artistic practice is public space. Since 2005, he has worked in close collaboration with Rimini Protokoll. Together with Stefan Kaegi, he converted a former refrigerator truck into a mobile audience space for 50 people to create “Cargo Sofia-X,” a site-specific work about the life of truck drivers. In 2009, he brought this truck to Asia and created new versions for Festival/Tokyo, the Singapore Arts Festival, and Expo 2010 in Shanghai. Since 2013, he has adapted Kaegi’s audio walk “Remote X” for more than 40 cities around the world.