A performing arts festival born from the city
Festival/Tokyo 2020
Lineup and dates announced!

Festival/Tokyo Executive Committee (Honorary President: Yukio Takano, Mayor of Toshima City; Chair: Shigeo Fukuchi) is pleased to announce the dates for Festival/Tokyo 2020, the thirteenth edition of the festival, along with its key visual design and artist lineup.

Making waves in the Tokyo cultural scene ever since it was first launched in 2009, Festival/Tokyo (F/T) has created a platform for different kinds of people to come together and interact through performance and art. As we now face the continued challenge of the coronavirus, which has made it so much harder for people to move around and meet each other safely, the importance of the individual imagination has increasingly come to the fore. “Whither Imaginations?” This is the topical question that F/T20 will explore through the forms of theatre and dance that only a festival firmly rooted in its relationship with the city can present.

As it searches for novel ways to stage and screen works in the new normal forced upon us by the coronavirus, the festival will feature a unique lineup. This will include performances held around the city outside conventional venues, online events, collaborations with young artists, and participatory events.

More information on the festival program will be announced on July 10. There will also be an online press conference (only available in Japanese). For details about how to participate, check the festival website.

Presenting a wide and exciting range of contemporary stage performances, Festival/Tokyo (F/T) explores new social possibilities for art. Launched in 2009 and held every autumn mainly in the Ikebukuro area of Tokyo, the festival features a program of theatre, dance, music, visual art, film, and more by cutting-edge artists from Japan and around the world. To date, it has held 2,349 performances of 337 productions, reaching over 720,000 audiences and participants. Each year, F/T continues its efforts to renew the potential and model of an urban performing arts event as a festival that emerges from the relationship between people and the city. This year’s edition will take place online and offline with social distancing measures to reduce the risk of coronavirus infection.

Supported by the Agency for Cultural Affairs, Government of Japan in the fiscal 2020
Festival/Tokyo 2020 is organized as part of Tokyo Festival.

Innumerable imaginations are at this very moment opening doors somewhere.

F/T has long believed that one of the vital functions of a festival is to facilitate movement and meetings of people that are not ordinarily possible. This is because moving and meeting ushers in future possibilities. Though not entirely indifferent to economic rationality, art deliberately distances itself from the efficiency and common sense that unconsciously constrain us, and can create unexpected channels, entrances, and exits.

But as we now all know, a situation occurred globally this year whereby it became extremely difficult for people to move around and meet each other. Due to the coronavirus pandemic, the very meaning of moving and meeting has utterly changed, exposing both their risks and values. Not only between countries, it was as if boundaries between national regions, between indoors and outdoors, or even between people, had suddenly appeared.

In this kind of situation, we can all agree, the power of the imagination becomes paramount. We must consider the people who now find themselves in difficult circumstances. We must prepare for the situation to come. We also know, however, that our imaginations do not always work so conveniently. In the first place, we wouldn’t have been able even to imagine this situation before the beginning of the year. Moreover, what we do imagine is not always only what is good or serious. There are times when our fractious imaginations fully devour us. We are perhaps by now tired and fed up with imagining.

But that our imaginations do not simply stop working is surely because we can’t help thinking about our individual selves, other people, society, the world—and more than anything, about the future of all of these. While anticipating that the risk of infection will remain with us in the long term, we nonetheless decided to go ahead with our festival, considering it vital to secure channels for exchange within and without Japan, and to continue cultivating possibilities for the future, even if it means radically changing our approaches. Regardless of the physical restrictions imposed upon us, there are doors that our imaginations can open and there are realities that our imaginations can create.

In order that this year’s festival proves an opportunity to update, together with different kinds of participants, the meaning of meeting, we are now exploring various realistic approaches with our artists and partners. We will keep you informed of new circumstances as they arise. We look forward to welcoming you to the festival this autumn. 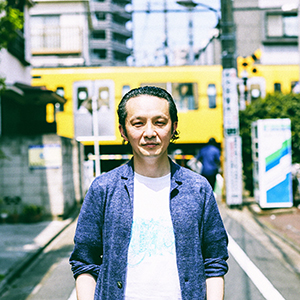 Born in Tokyo in 1969, Kaku Nagashima graduated with a degree in French literature from Rikkyo University. During graduate studies, he began to research and translate the later prose of Samuel Beckett. His involvement with theatre came first as a performance surtitles operator and script translator. A pioneering dramaturge in Japan, he has worked with a wide range of directors and choreographers in that capacity. His recent concerns have seen him seek ways to take theatre ideas and know-how outside regular theatre spaces, involving him with various art projects. His major theatre credits include “Atomic Survivor” (directed by Hatsumi Abe, TIF 2007), “4.48 Psychosis” (directed by Norimizu Ameya, F/T09 Autumn), “The Marriage of Figaro” (directed by Tomo Sugao, Nissay Opera 2012), “The Opportunity of Efficiency” (directed by John McGrath, New National Theatre, Tokyo), and “Double Tomorrow” (directed by Fabien Prioville, Theatrical group EN). His main credits for projects and works at non-theatre venues include the “House of Atreus” series and Kaku Nagashima’s How-To-Make-Laboratory (both for Tokyo Artpoint Project), “The World” (Kakuya Ohashi and Dancers), and “YAJIRUSHI” (Saitama Triennale 2016). He was appointed as the director of Festival/Tokyo in 2018. He is also a member of the Planning Team for Tokyo Festival since 2018 and a special invited professor at the Department of Musical Creativity and the Environment, Tokyo University of the Arts. 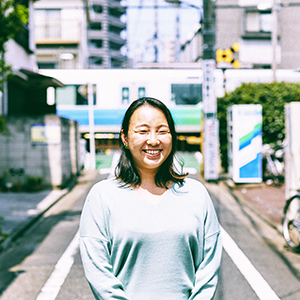 A graduate of Musashino Art University, Chika Kawai coordinates theatre premieres, domestic tours, and international co-productions. After experience working for a production company and as a freelancer, she joined NPO Arts Network Japan (NPO-ANJ) in 2007 and was part of the team organizing the opening of Kawasaki Art Center. Based on the center’s aspiration to be a theatre that both creates and disseminates the arts, she supervised newly commissioned work, visiting overseas productions, and a support program for young artists. For the first five years after the theatre opened she was additionally involved with the system design and management of the theatre. She transferred to the Festival/Tokyo Executive Committee Secretariat, which is run by NPO-ANJ, in 2012. She has since been involved with international co-productions and open-call programs aimed at young artists in Japan and the rest of Asia. Besides production coordination, she is also responsible for the management of the secretariat, helping to build partnerships with government bodies and the private sector as well as overseeing festival fundraising. She became vice director of Festival/Tokyo in 2015 and then co-director in 2018. She is a member of the Planning Team for Tokyo Festival since 2018 and also an adjunct instructor teaching theatre courses at Nihon University’s College of Art.

For the logo relaunch last year, I created a new design that expressed the idea of fluidity that is open to change, something that has movement and does not cling to anything. And then this year, the situation worldwide completely changed. Based on this, we set about discussing the theme and key visual design, and verifying various proposals, and in the midst of uncertainty over whether or not we can even hold the festival, little by little, I could create something with the help of the F/T team and illustrator Akina Haga. This year, the letters spelling out F/T have transformed into birds. In all kinds of places, existing formats are finally being called into question. The symbol of this year’s festival are these birds, which fly off to where they want to go, when they want to, regardless of national borders. 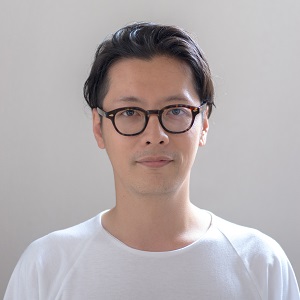 Art director, graphic designer
Born in 1980, Yui Takada graduated from Kuwasawa Design School. In 2006, he established Allright Graphics. In 2007, he launched the printing studio Allright Printing. The same year, he served as director of PAPIER LABO. He is an associate professor at Tokyo Zokei University.